The owners of this harbour-side apartment first contacted Dan Kitchens early in their renovation journey. Dan Kitchens were asked to  develop an alternative layout to the apartment’s kitchen/laundry/dining and living spaces. Working in tandem with their builder, Dan Kitchens produced a concept that opened up and modernised the apartment.

The project was completed in two stages, the first being the re-arrangement of the walls, the completion of the kitchen, laundry, display partition and walk in pantry. Later on, the second stage was completed which involved the design and production of an object display unit and a tv unit with space for media equipment, storage, and display shelving. Each joinery item was designed along the same style and standard of quality, and despite the time frame between stages the entire project was consistent.

The living and dining areas with an object display unit and a tv unit.

The large object display unit was designed to house the clients impressive collection of Asian artifacts.

The same timber was used throughout the project for consistency.

Beneath the display shelves is extra storage space to service the living area.

The tv unit. Below the tv houses the hifi equipment. The mesh fronts allow the sound to escape the unit while still remaining concealed.

The kitchen. The laundry (left) and walk-in-pantry (right) were symmetrically designed around the kitchen.

Large stacker doors were installed to lighten the space and to open up the apartment to it’s gorgeous surroundings.

The island is designed to look like a table for informal dining, yet still houses some serious storage room thanks to deep drawers.

The benchtops and splashbacks are all made from an engineered quartz stone with subtle patterning.

Softly dividing the kitchen area from the living and dining areas is a display cabinet unit. 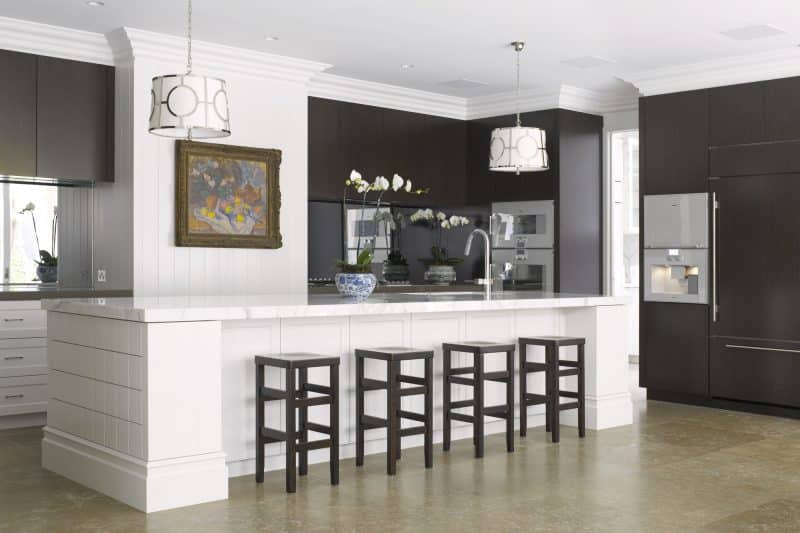 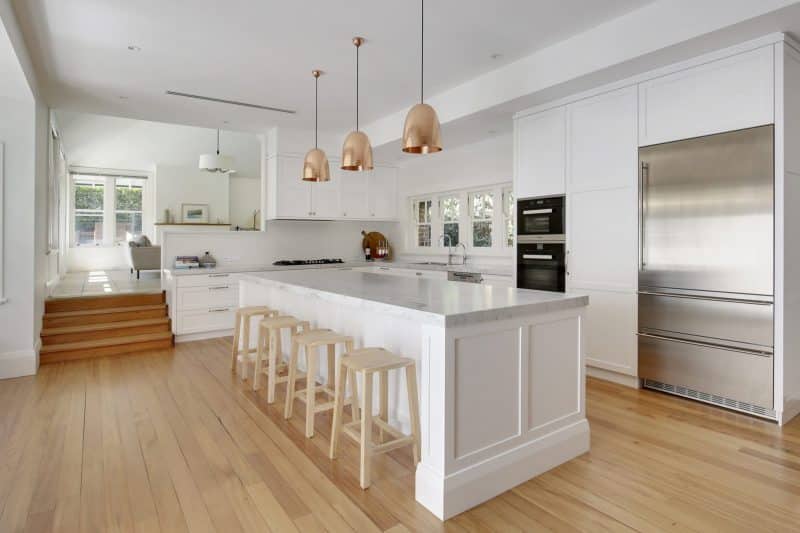 Starting your own project? Contact a Dan Kitchens Designer

The Dan Kitchens Design Team are available to discuss your project with you. As professional designers, they take the time to talk with you about what you are trying to achieve, the challenges you are facing and offer advice as to how Dan Kitchens can carry out your project.